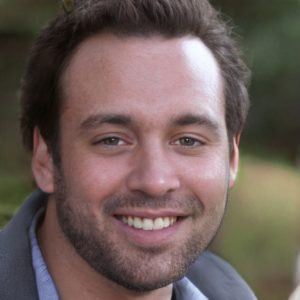 Purple mattress has managed to grab attention and lately, it has been dominating the scene with a rather controversial role. It is not something that they have done, it’s actually something that people have pointed out every now and then, and has exploded into a huge thing recently. Yes, I am referring to the much popular, white powder.

Now because everyone has been talking about it, I believe that there is much slander out there. In order to know the real deal, I decided to dig into this matter for myself and see the truth, the myths and everything about the white powder- first hand. In case you have missed out on what actually happened and are curious to know the true nature of that residual white dust, here’s what you need to know.

So the story goes like this- In the world of mattress reviewers and bloggers, one name went ahead to review the famous purple mattress and at the end pointed out the white residual powder inside the mattress, claiming it to be not just harmful but to actually propagate respiratory problems in people. This erupted a huge spark as several people noticed the powder and joined the bandwagon. The issue was addressed by the purple mattress owner’s themselves in the form of a legal action battle- which they won.

While this legal feud between the brand and bloggers ended, the questions still remained there. So, let’s try to break it down for you.

Is White Dust Toxic? Is it Safe?

To answer that, several questions will be answered and the very existence of the powder will be explained in the very first place. So, to start of, let’s introduce you to:

What is the White Powder in the Purple Mattress?

To begin with, the white powder is polythene, which is probably the most commonly used plastic form of all. For those who have never heard of it, polyethylene is everywhere around you- in your makeup, in your plastic bottles and cutlery and even in your kid’s toys. Now that you have an image in your head, the organic name won’t look so scary.

Nevertheless, polyethylene is used because of its inert nature and toxic-free claim. It is also biodegradable (more easily if its in powder form). So for the sake of understanding, the coating of white dust in the purple mattress is a safe form of plastic that is available readily in several variations around you.

Now that you understand what the thing is, the next logical question comes out to be- what’s the need for it anyway. Since the purple mattress is made up of hyper-elastic polymer, the polyethylene plastic powder is applied to the top layer to stop it from sticking with one another.

The hyper-elastic polymer is used in several different areas such as in sports equipment, toys and medical equipment, but in case of purple mattress, this special polymer, being the star, tends to stick to itself after applying pressure. In order to keep the mattress from sticking to itself and to combat this issue, a layer of white powder is added, before it is tightly packed and shipped.

No Traces of Powder upon Use

So if the powder is added to all hyper-elastic polymer products, it will come in contact with you right? Actually no. The purple mattress and pillow both come with their casings. The dust is lightly sprinkled on the top layer before the products are cased and then compressed and packaged. Plus, the powder won’t seep through the cover or your pillow case.

In my case, I have never encountered the powder leaking or even a sign of white dust appearing on the pillow. Being highly allergic to dust, I decided to unzip the pillow to see the dust for myself and it was then that I realized that actually there is a minute quantity of powder present and not piles of powder as exaggerated by many.

But What About the Claims?

See, despite trying out everything for myself, I still wanted to take my investigation a bit further. Therefore, I decided to go back to the blog’s that claimed that the white powder wasn’t safe and could bring serious respiratory harm to individuals. Upon reading and watching the original videos (that are now unavailable after the court’s verdict) the content did appear to be incomplete, followed by several comments from what appeared to be fake, inactive accounts. Plus, the company never really denied the existence of the white powder in the very first place too.

Yes, the controversy was real. Yes, the powder is real too. But what’s also real is the hyper-elastic polymer’s sticky nature and the fact that this star ingredient of does no harm. The original toxicology report for the white dust exists on the manufacturer’s website, and is open for everybody to view. The white powder is safe, but its mere existence might be troubling for some individuals. Nevertheless, good sheets and covers can solve that problem too. But in case you are thinking of investing in the mattress, try the pillow first to see all the deal (including the much hyped comfort and powder) for a lesser price.

Tweet
Pin
Share
0 Shares
Menu
Disclaimner
BondRewards.com is a participant in the Amazon Services LLC Associates Program, an affiliate advertising program designed to provide a means for sites to earn advertising fees by advertising and linking to Amazon.com.
Amazon and the Amazon logo are trademarks of Amazon.com, Inc. or its affiliates.